We are sad to say that after two years PNB Coffee has closed its doors. We wish Peter and his friends the best of luck in their next endeavors.

Today I sat down (or mostly stood) with Peter Ny Buhl, the PNB of PNB Coffee, and chatted about the newest cafe on the Tokyo scene. Aside from being amazed that Peter is not only 23 years old, but also that he as a foreigner was able to start a cafe in Japan on his own, I got a good look at the space and sampled a few of his offerings.  I don’t think too many people will be disappointed with what PNB Coffee is bringing to the Tokyo coffee world.

It was two days before opening day when I ducked in to the new cafe.  I was quickly greeted by Peter, a tall and fair Dane with round tortoise shell glasses, when I entered the shop.  He was calm and well spoken, despite the obvious pressures of opening a new business, and seemed eager to show me what the shop is all about.  He pulled out a glass Kalita Wave from behind the counter and began making me a few cups of coffee, one from Coffee Collective and one from La Cabra. They did not disappoint. 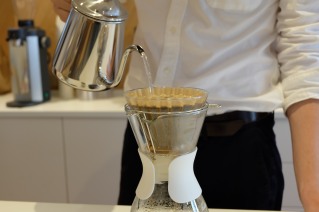 The Scandinavian coffee was light and refreshing.  It had a natural sweetness and a winey flavor.  I was particularly fond of the Kenyan from Coffee Collective. Absolutey ripe with grapefruit, as if someone had juiced one right in front of me.  These flavors are what Peter loves about Scandinavian coffee and what he wants to add to the coffee scene.  Lighter than most, but without the sourness that many overly light roasts are infamous for.  The glass Kalita Wave produces an exceptionally clean cup, and it’s clear that Peter has practiced with his kettle. It occurred to me while drinking this coffee that the interior of the cafe is as refreshing as the liquid in my cup. My cup, by the way, was made in Hasami, a town famous for pottery, and matched the cafe’s character perfectly.

The interior of PNB Coffee is light and open. Natural light floods in through the window, the counter spaces are open and well lit, and the wood work is a light finish.  Peter explained to me that he wanted the layout of the cafe to be part of the experience. He plans on giving the customers an open experience, one where they can see the whole brewing process and feel more connected to it.  Maybe even learn some of the finer points of coffee brewing while watching.  He hopes to make his cafe part of the community and will encourage that connection. Which is the reason he doesn’t want to hide himself or his baristas away. 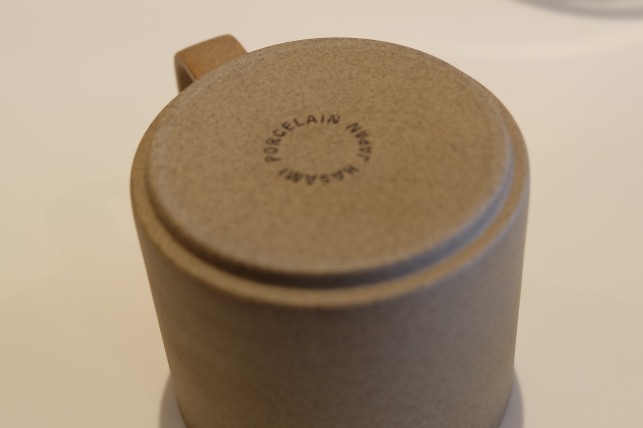 Cups from Hasami at PNB Coffee

Cups from Hasami at PNB Coffee

It was clear talking to Peter that he is passionate about coffee.  The seed to cup story is very important to him. He only wants to use ethically sourced coffee, and so the coffees he features are bought responsibly and sustainably.  When he talks about coffee he seems eager to mention where it came from and I think this dialogue will continue with his customers.  He even uses the phrase “fourth wave” to describe the style of coffee he hopes to serve. Specifically he means that the bean is more important to his style of coffee than the technique put in to brewing. As a barista I was a little skeptical of this statement, but then again he served me a damn good cup of coffee.

Naka Meguro may soon see a coffee revolution, and PNB is leading the charge. 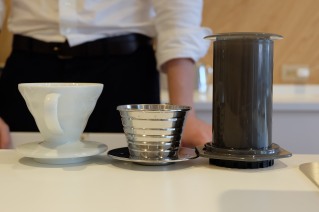 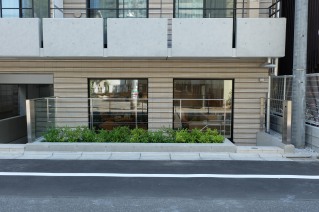